It is with great sadness that we share the news with IFABC members of the passing of our valued colleague, and previous IFABC Executive Board Member and President, Mr Jerry Wright on Saturday June 6, 2020.

Jerry was the CEO of ABC UK for over 7 years where he propelled an auditing approach that responded to the industry’s shift towards digital publishing.

Jerry was the Global President of IFABC for four years. He was elected President on Octoer 13th, 2010 at the 24th IFABC General Assembly in Seoul, Korea and re-elected on October 25th 2012 at the 25th IFABC GA in Madrid, Spain before stepping down on November 6th 2014 at the 26th GA in rio de Janeiro, Brazil. He was instrumental in moving the IFABC forward to a broader remit, embracing digital and other platforms. He fostered the organisation’s evolution and name change from focused on print circulation to be The International Federation of Audit Bureaux of Certification.

Jerry Wright’s legacy remains with us, he is duly remembered, and his loss mourned by the IFABC fraternity. 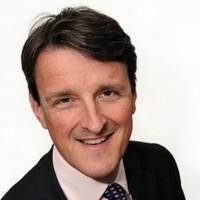